sausaged
Prompt: # 96
Summary: You see, the thing with Malfoy is that... he like reptiles. So, in order for Harry to catch a shred Draco's attention at all, is for him to also like reptiles... Right?
Rating: M (for all sorts of innuendos)
Warning(s): Alternate Universe, no one is dead, everyone plays D&D except for Ron.
Word Count: 4632
Author's Notes: for

awickedmemory! it's not what i originally imagined, but i hope you will still enjoy it! i literally finished the fic, wasn't happy, scrapped it and rewrote it again. hahaha OTL... a huge shout-out to the DTH mod team for all their hard work! and for accommodating me every. single. year. thank you very much to Stacey who fed me ALL the REAL snake facts that are in this fic! i tried to put as many as i could in here! <3 and thank you to RayneNightshade, who read over the fic for me out of your busy busy schedule. also, i don't know anything about D&D other than a quick google search. i'm sorry. all remaining mistakes are my own and i apologize for them in advance! 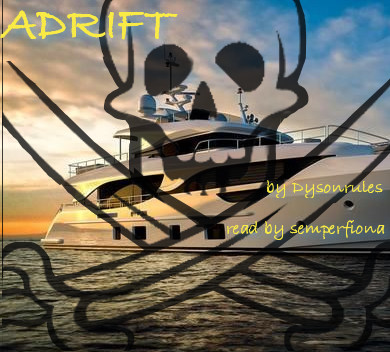 Click on cover to go to AO3 podfic page.

Title: in the ocean we'll be born anew
Author:

digthewriter
Summary: AU where Draco works at a shop and has no life. Everyone around him notices how lonely he is, except for Draco. And then Harry breezes in and everything changes.
Ten years after the war, Draco is running a shop in Muggle Venice. He has his routine. He likes routine. His routine helps keep him safe and grounded. So of course Harry Potter shows up and bollocks it all up.
Rating: Teen and up
Warning(s): None
Word Count: 11,423
Author's Notes: I couldn't quite work your special requests in there, mostly because I ran out of time, but I'll definitely add it as an epilogue after the fest. I hope you like it, dig!
A hundred thanks to my beta, Duomi, and a hundred thousand thanks to the admins for putting up with my life exploding and my need for extensions. <3

lomonaaeren
Summary: When Draco was five and six, Harry Potter was a myth, a legend; a story told in hushed, awed whispers. But Draco’s simple, childish mind turned him into a boy, a playmate with whom he would run down the manor’s empty echoing halls when Pansy and Blaise were away in France or Italy for the summer. That Harry was forgotten for a time, set aside for the trappings of maturity, when faith and youthful idealism were stripped away and the baleful cynicism of reality took their place. Until the day Draco finds himself once again in need of a legend. The Harry Potter he uncovers, however, is absolutely nothing like the one from the stories.
Rating: Mature (R)
Warnings: Mentions of torture, language, implied canon emotional and physical child abuse.
Word Count: 18,490
Author's Notes: Thank you, Lomonaaeren, for the amazing prompt. Thank you mods, for all of the grace. Thank you M, for the super fast beta. I owe you Samoa's for life. All mistakes you find are my own.

epsilonargus
Prompt: #21
Summary: [6th Year AU] Draco is having a miserable year - and it certainly doesn't help that Potter is following him around all the time. After a fistfight with Potter (the speccy git started it, of course), he finds a mysterious map in his bag and that sets him on a course of action that can only end in devastation between Potter and him.
‘What have you done to me, Malfoy?’ Potter whispered. ‘I want to punch you, but I want to snog you at the same time. Did you Imperius me?’
Rating: NC-17
Warning(s): sixth year AU, brief Draco/OMC, major character death (not Harry or Draco)
Word Count: 40,236
Author's Notes: Whew, this story has taken me on a roller coaster! I have to thank the mods for giving me such a MEGA extension, and to my beta Diana for being the most patient beta in the world (I know I have a terrible relationship with deadlines).

aelys_althea
Prompt: #62
Summary: Nearly six months Harry and Draco had been together. Nearly six months Sirius had had to grow accustomed to the fact. And was he accustomed?
No.
No way in hell. There were some things that a man just couldn't stand for, and his godson dating a Malfoy sat front and centre at the top of his list. But how does one break apart a relationship when the active participants seem to think it is, actually, a relationship?
Sirius was still working on that one.
Rating: R
Warning(s): Not a huge amount. Except that Sirius is a bit of a selfish little boy.
Word Count: 33.5K
Author's Notes: This story is told entirely from Sirius' perspective. It is a Drarry fic, however, so they are the main (and only) pairing. It's just told as Sirius sees it, which is, admittedly, not in a very favourable light. At all.


( The Twelve Trials of Christmas )

kurla88
Prompt: #86
Summary: Everyone knew, of course, that the prince’s birth parents had been a blood traitor and a mudblood active in the rebellion against the king before he’d taken power. After removing those scourges, the king had benevolently decided not only to spare baby Harry’s life, but as a symbol of his forgiveness and hope for the future, to raise Harry as his own, as a prince.
Rating: PG-13
Warning(s): AU
Word Count: 8,953
Author's Notes: This was written for a great prompt from

leontinabowie. I did not meet all your requests, but I hope you like it anyway! Thanks to my beta, who demanded to be left unnamed.

lomonaaeren
Prompt: #64
Summary: Two years of war. Draco’s forgotten what it’s like to want something possible. But now, he has two things: the possibility of freedom from the Dark Lord, and Harry Potter’s arse. Perhaps not in that order.
Rating: R
Warning(s): (highlight for details): * Dub-con at the beginning, AU (Draco never returned to Hogwarts after he became a Death Eater, and Dumbledore didn’t die), torture and gore, use of a truth potion*
Word Count: 21,500
Author's Notes: Thank you for such an intriguing prompt,

centopiedi. I hope the fic pleases! Thanks much to my betas, Linda and Karen. The title for this fic comes from the Sir Philip Sidney poem quoted at the beginning.

Title: The Young and The Restless
Author/Artist: